How urban consumption lies at the root of deforestation 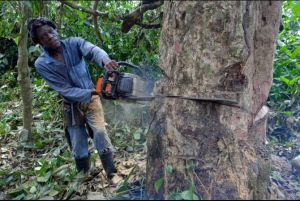 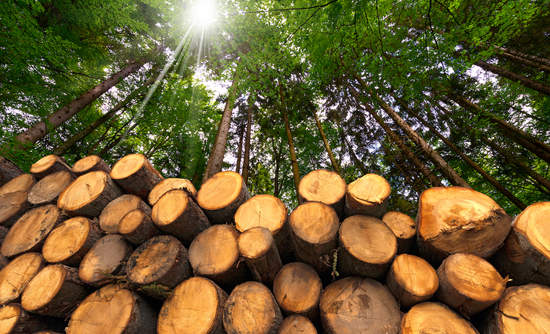 Deforestation is a massive source of emissions but is often neglected.

Tropical deforestation accounts for an estimated 3 billion tons of carbon dioxide per year, equivalent to the emissions of some 600 million cars, according to researchers at Winrock International and the Woods Hole Research Center.

Urban growth drives deforestation in at least two ways. First, as rural migrants to cities adopt city-based lifestyles, they tend to use more resources. Their incomes rise and their diets shift to a greater share of animal products and processed foods. This, in turn, drives land clearance for livestock grazing and fodder, either locally or in other countries that export such products or their inputs. Meeting the food needs of a rising and urbanizing global population could require an additional 6.7–12.1 million acres of cropland per year.

“In Brazil, a surge of deforestation in the Amazon in the early 2000s has been attributed to the expansion of pasture and soybean croplands in response to international market demand, particularly from China,” writes Tom Prugh, senior researcher at the Worldwatch Institute and co-director of the State of the Worldproject. There, economic growth and diets richer in meat products have boosted soy imports from Brazil to feed pork and poultry.

Even in relatively highly productive European agriculture, it takes an estimated 3.2 square feet of farmland to produce 2.2 edible pounds of vegetables, but 78.5 for chicken, 95.8 for pork and 225 for beef.

A second, and likely lesser, factor linking urban growth to deforestation is that cities are often expanding into areas of farmland and natural habitat, including forests. Cities worldwide are growing by 1.4 million new inhabitants every week. Urban land area is expanding, on average, twice as fast as urban populations. The area covered by urban zones is projected to expand by more than 740,000 square miles between 2000 and 2030.

Urbanization may cause the loss of up to 7.4 million acres of prime agricultural land each year.

“Ironically, even as urban expansion drives forest clearance for agriculture, it simultaneously consumes existing farmland,” writes Prugh. “By one estimate, urbanization may cause the loss of up to [7.4 million acres] of prime agricultural land each year.”

What cities can do

“The impact of urban expansion can, in principle, be attenuated by focusing on proven methods of shaping urban form to emphasize compact development and higher densities,” writes Prugh. Reducing consumption, however, is more complicated.

The first and most obvious option is to increase the efficiency of economies at delivering human well-being per every unit of resource input. The impact of the dietary share of higher consumption could be reduced sharply by reducing food waste and creating incentives for much lower meat consumption.

Cities also may have a role in determining broader agricultural policies. In addition to reducing meat consumption, it is possible to reduce the impacts of meat production by shifting from intensive, fossil fuel-based livestock systems to more diverse, coupled systems that emulate the structure and functions of ecosystems.